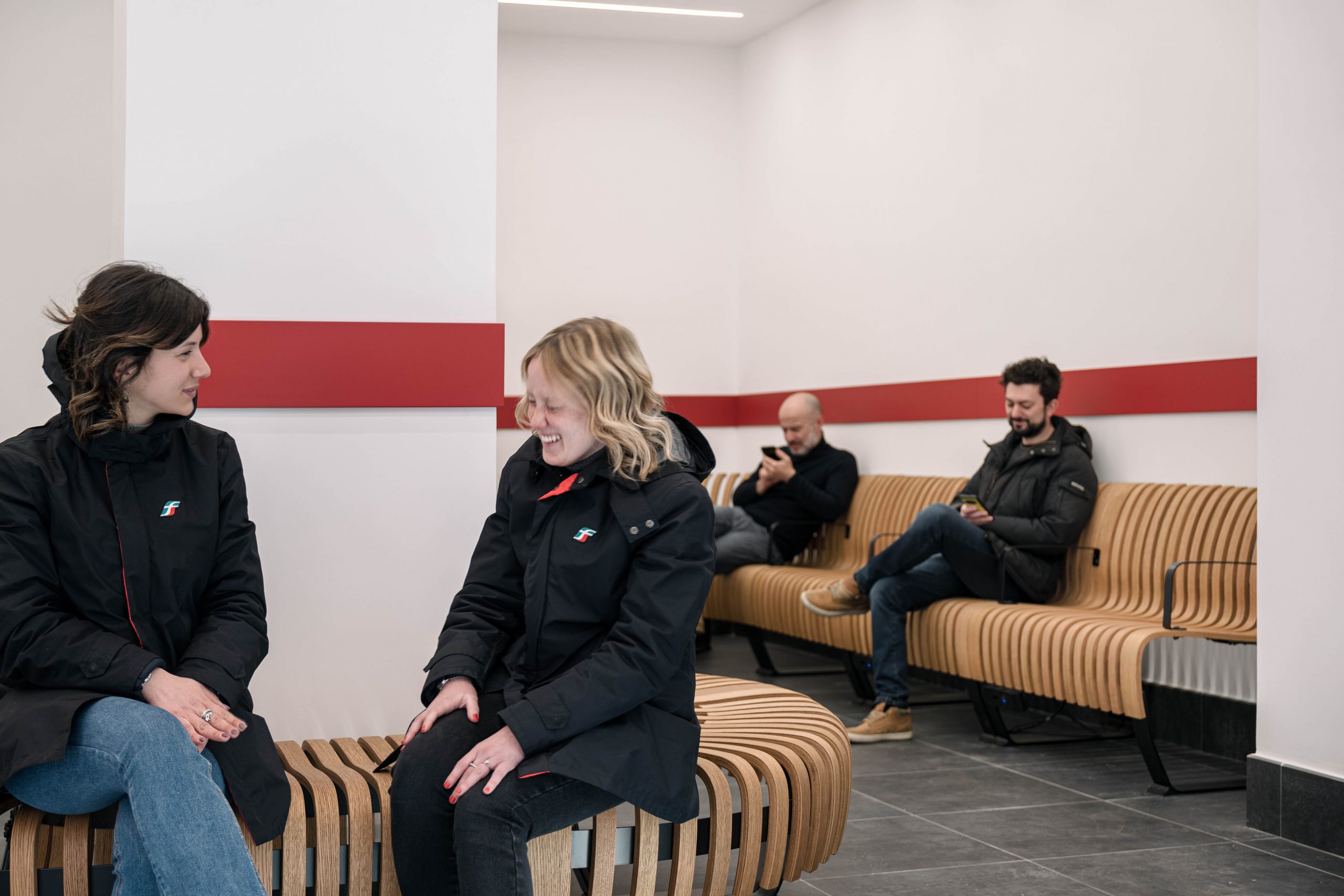 For more than eighty years the public mobility in Puglia – either by train or by bus – for work, study or tourism, has meant traveling with FSE. The railway network, with its 474 km of line, is the largest homogeneous Italian network after that of Ferrovie dello Stato (to which it is interconnected). It crosses the four southern provinces of Puglia, connecting the capitals of Bari, Taranto and Lecce, as well as 85 municipalities in their surroundings. In the district south of Lecce it is the only rail carrier. 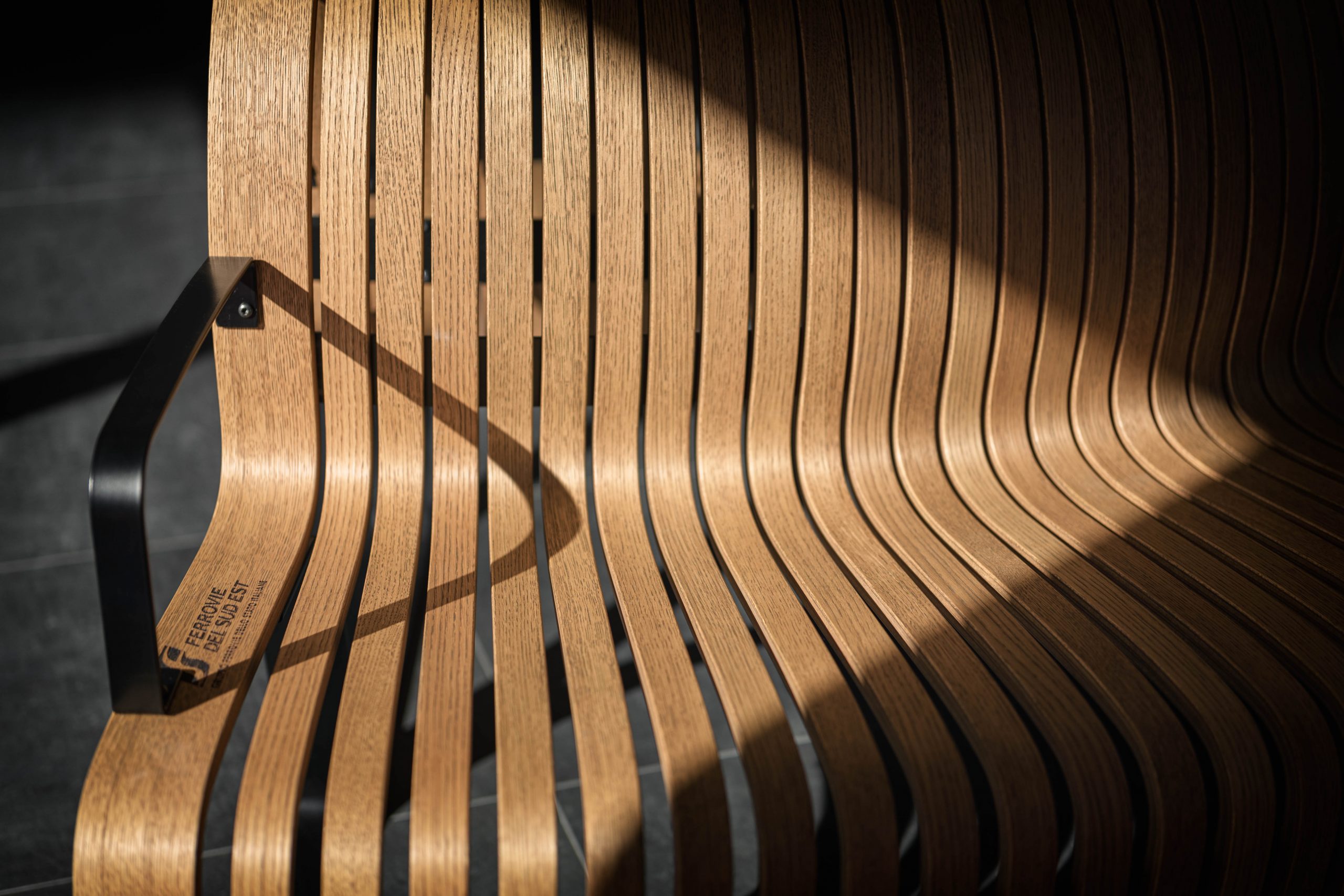 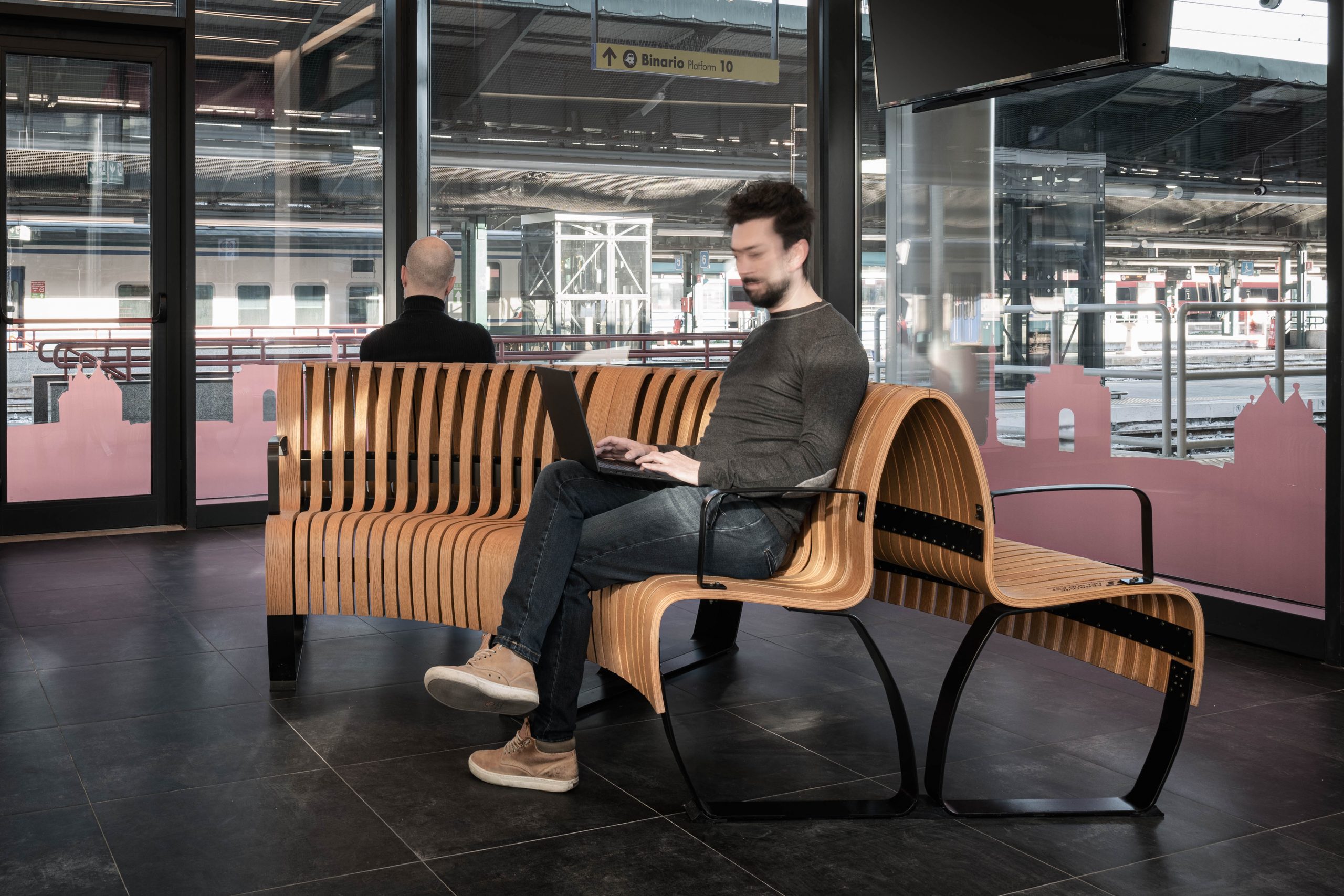 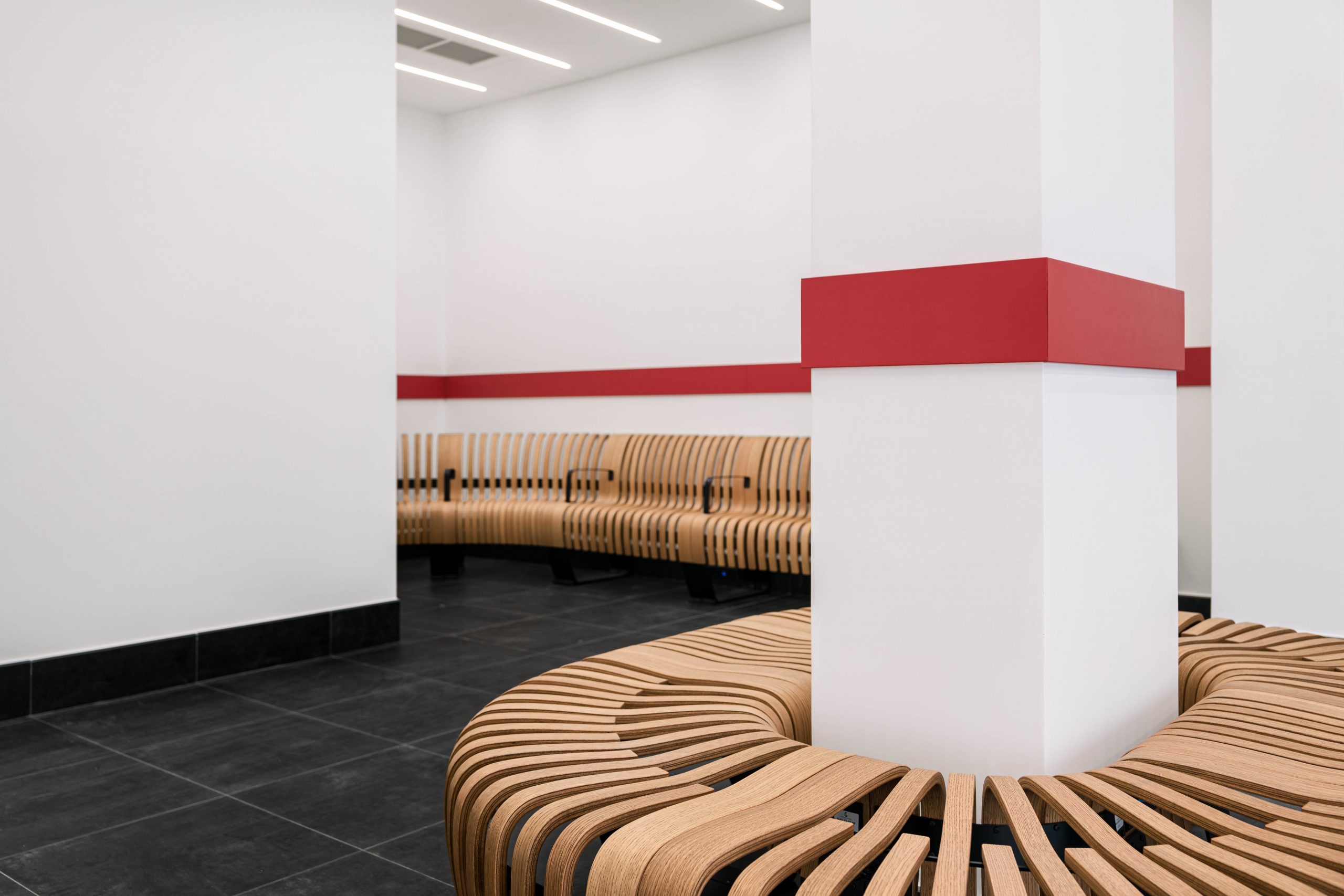 Since 2016 Ferrovie Del Sud Est and Servizi Automobilistici s.r.l. became part of the FS Group, starting a phase of total corporate restructuring that concerns both the infrastructure and the means of transport. The waiting rooms located in car stops and in passenger buildings have always been a reference point for users of the interurban transport system, students and workers and with the new ticket office/waiting room located at the level of the station platform or in the urban context, they provide an adequate sales and assistance service.

The intervention involves the complete restyling of the premises with a new format that FSE is proposing for all its reception areas and passenger service at the station. The concept involves the creation of a new, flexible, welcoming space where the traveller can stop and find what he needs to resume his journey after having received all the necessary information and recharged the electronic devices that accompany him.

The search for elements of language innovation and the new management model in the provision of the service gave rise to this new concept of organisation of local FSE reception. It was necessary to study a new layout: the seats in wooden slats, the corner with tourist information, the big mashrabiya with the “F” of Ferrovie dello Stato Italiane, realised in stone or corten, and the charging stations, are the distinctive elements that characterise the new format which aims to combine the use of local materials in a contemporary key and the use of the most advanced technology. The seamless seating will be equipped with USB outlets and power sockets for each user and are made with environmentally friendly materials, easy to maintain and replace; monitors will be set up to show commercial content or service information to passengers.

Improve the passenger service at the station, creating a more welcoming area. Modern technology with timeless and comfortable seating. Easy to maintain, replace and reconfigure. 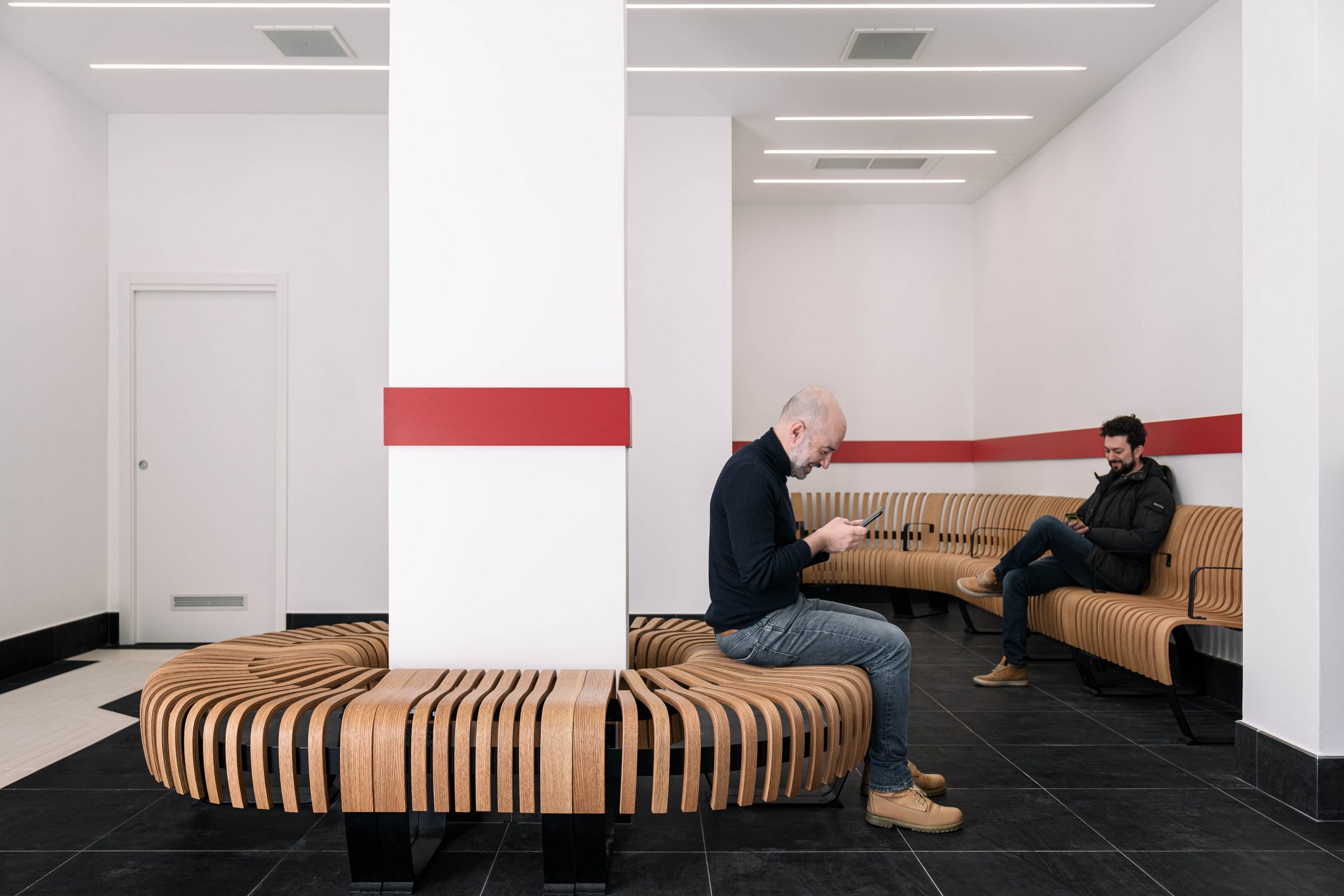 The placemaking design from Green Furniture Concept changed the traditional looks of the station and gave a more comfortable place for passengers where they can sit, eat and recharge. Added destination branding using different colors. 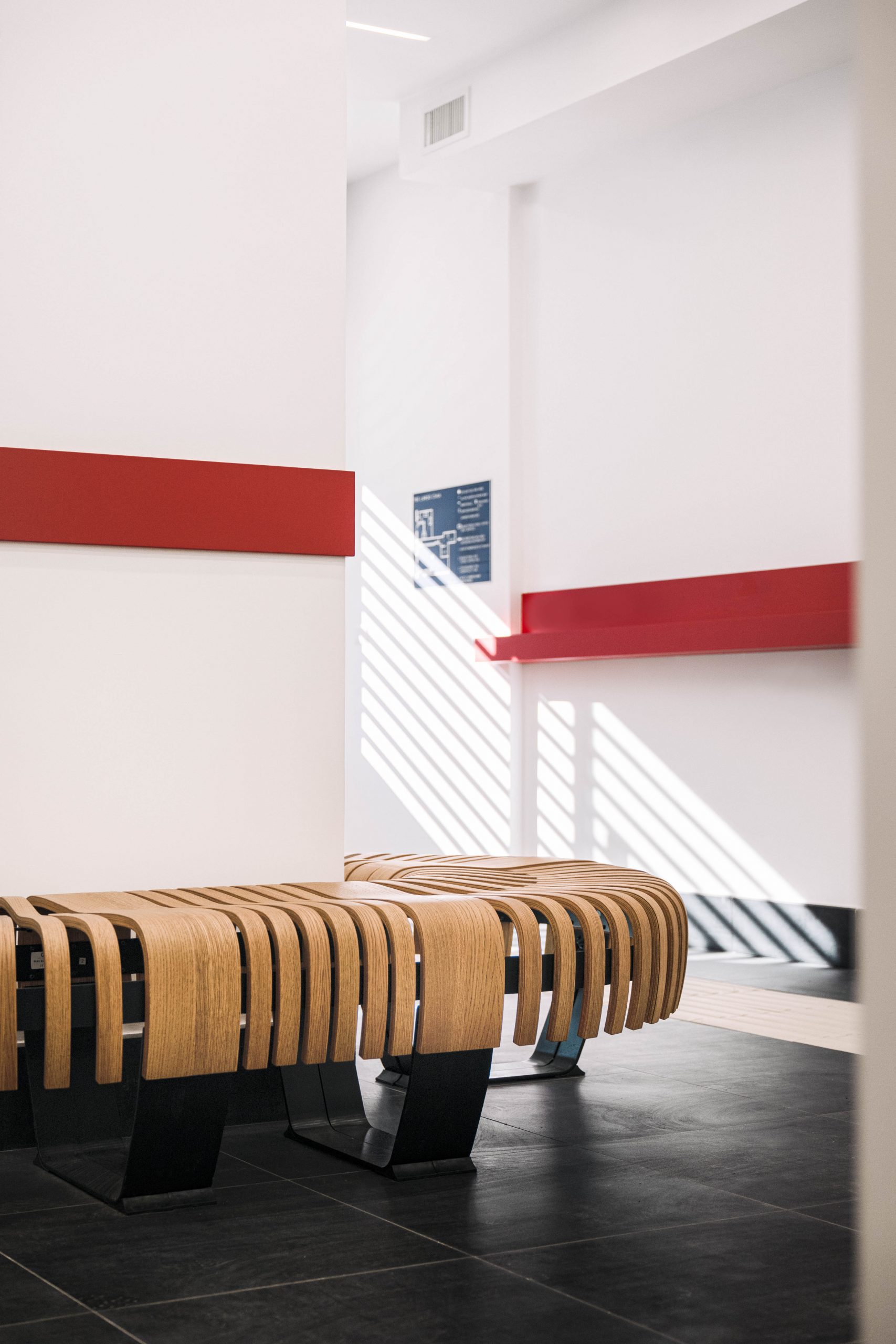 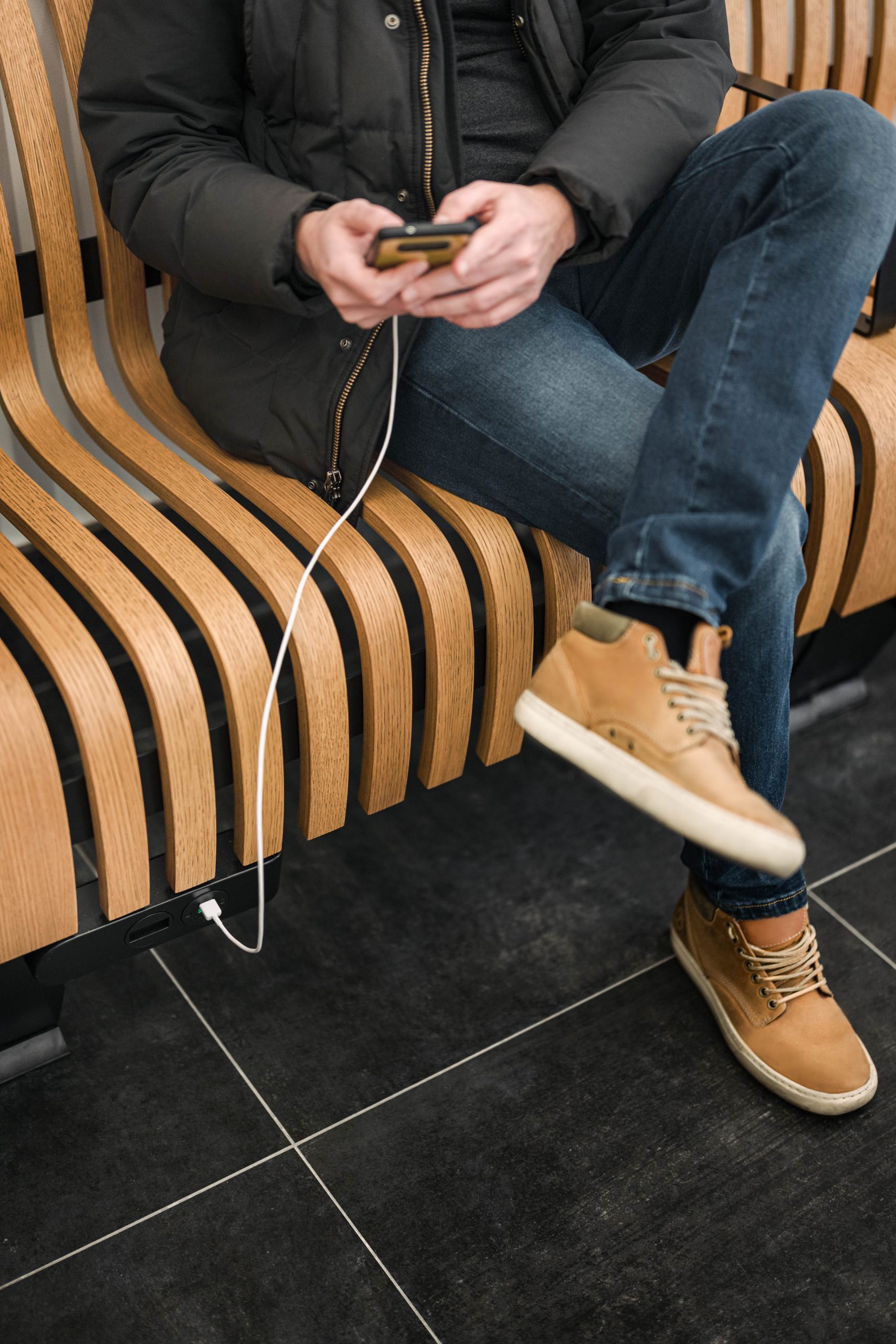 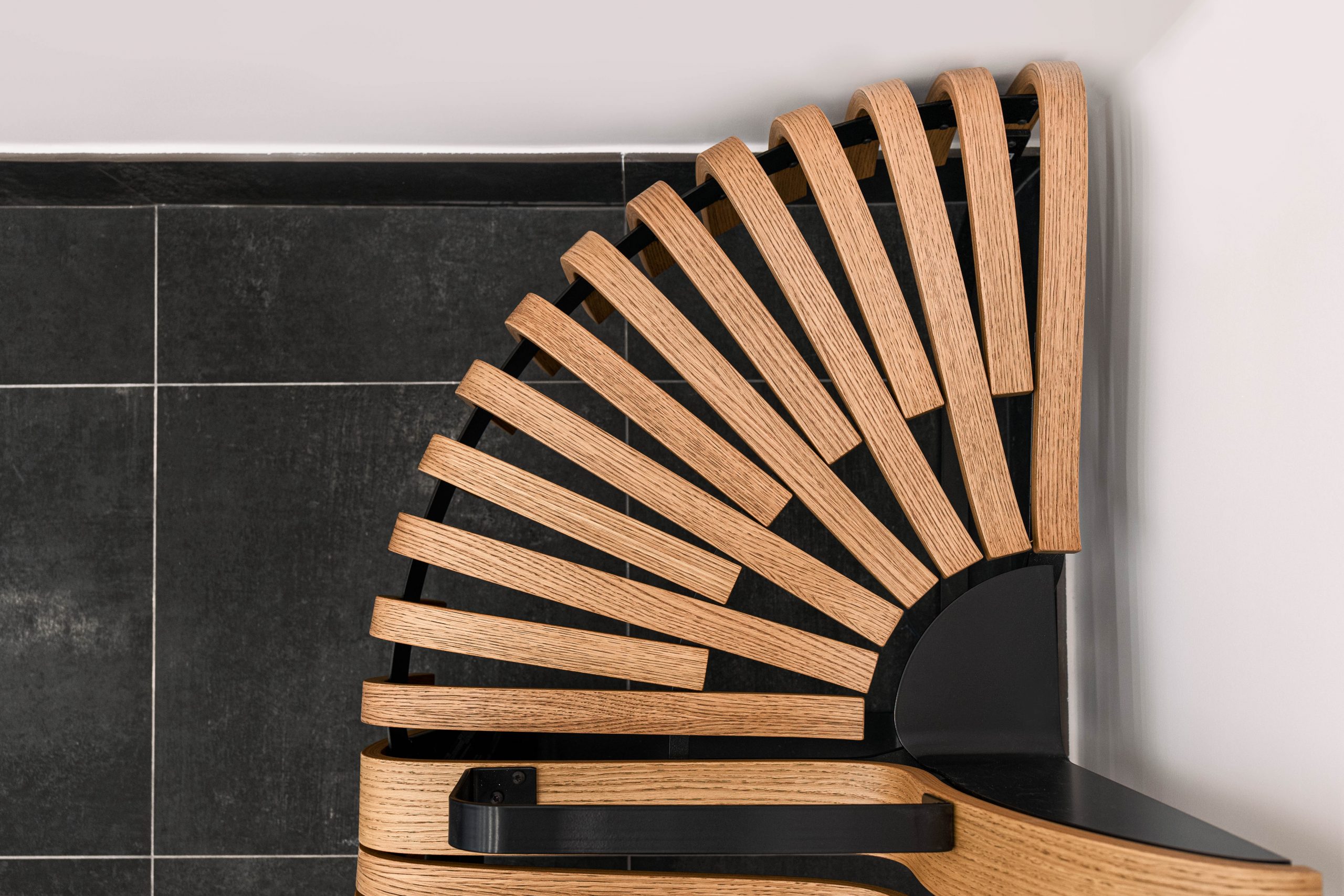 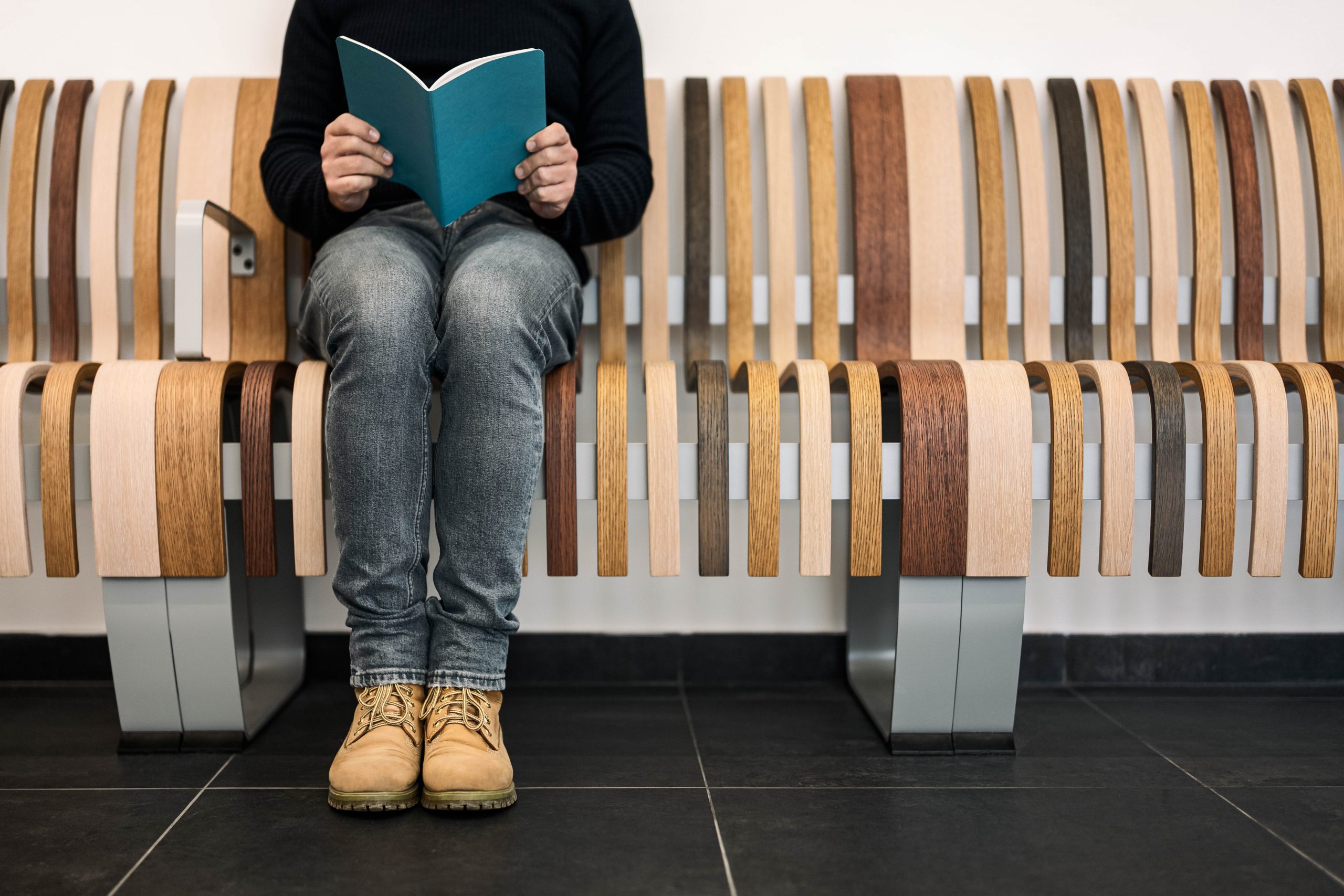 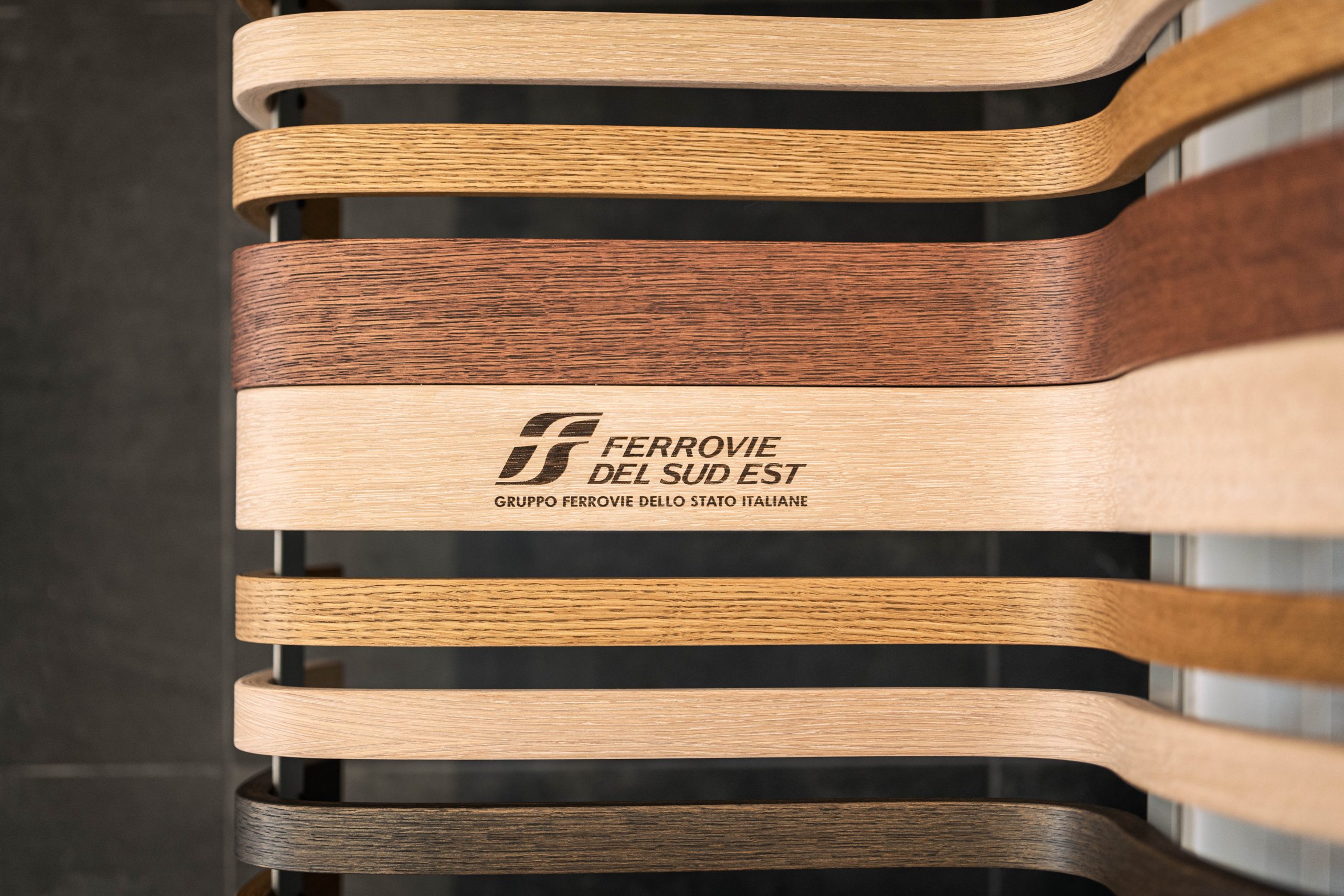 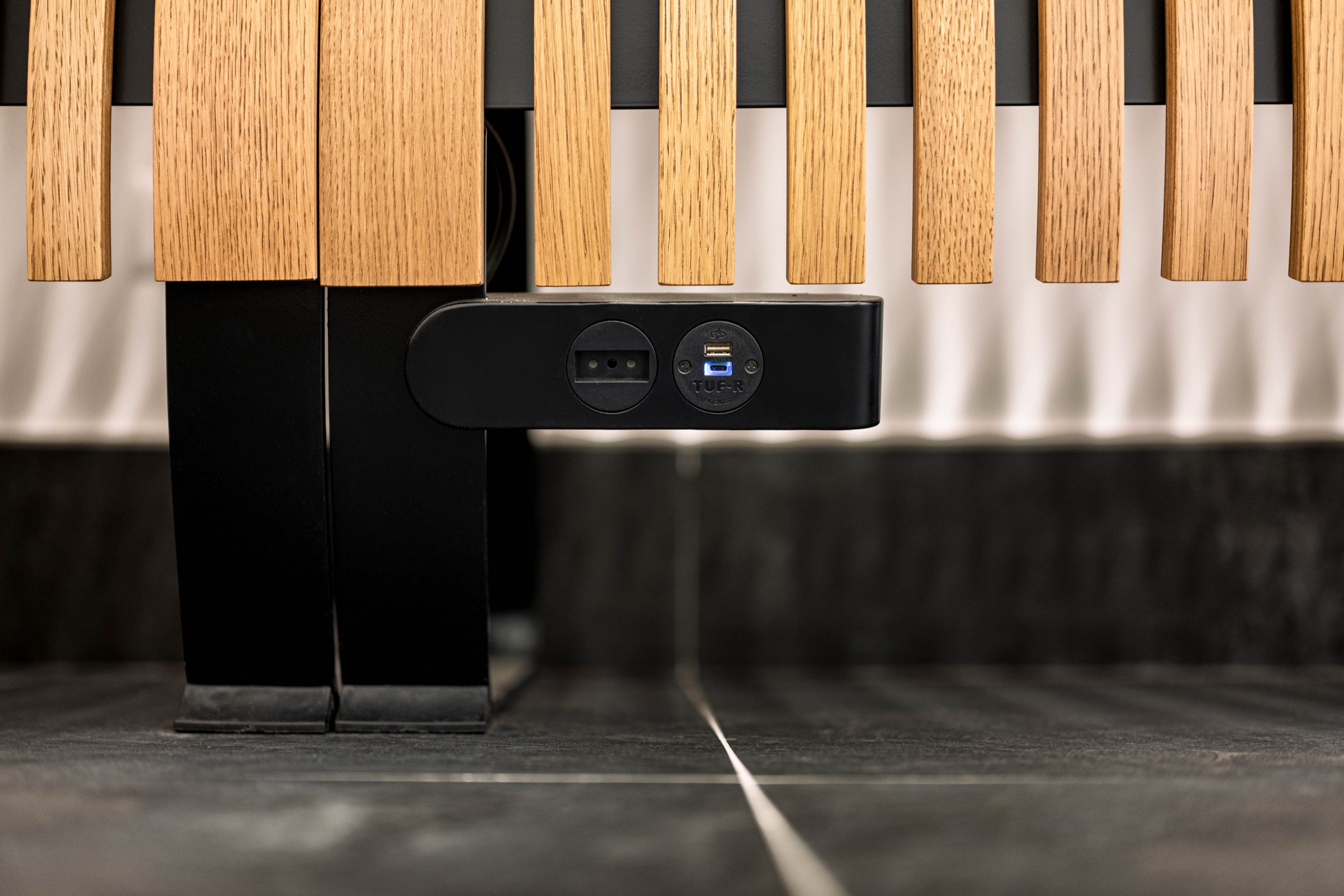 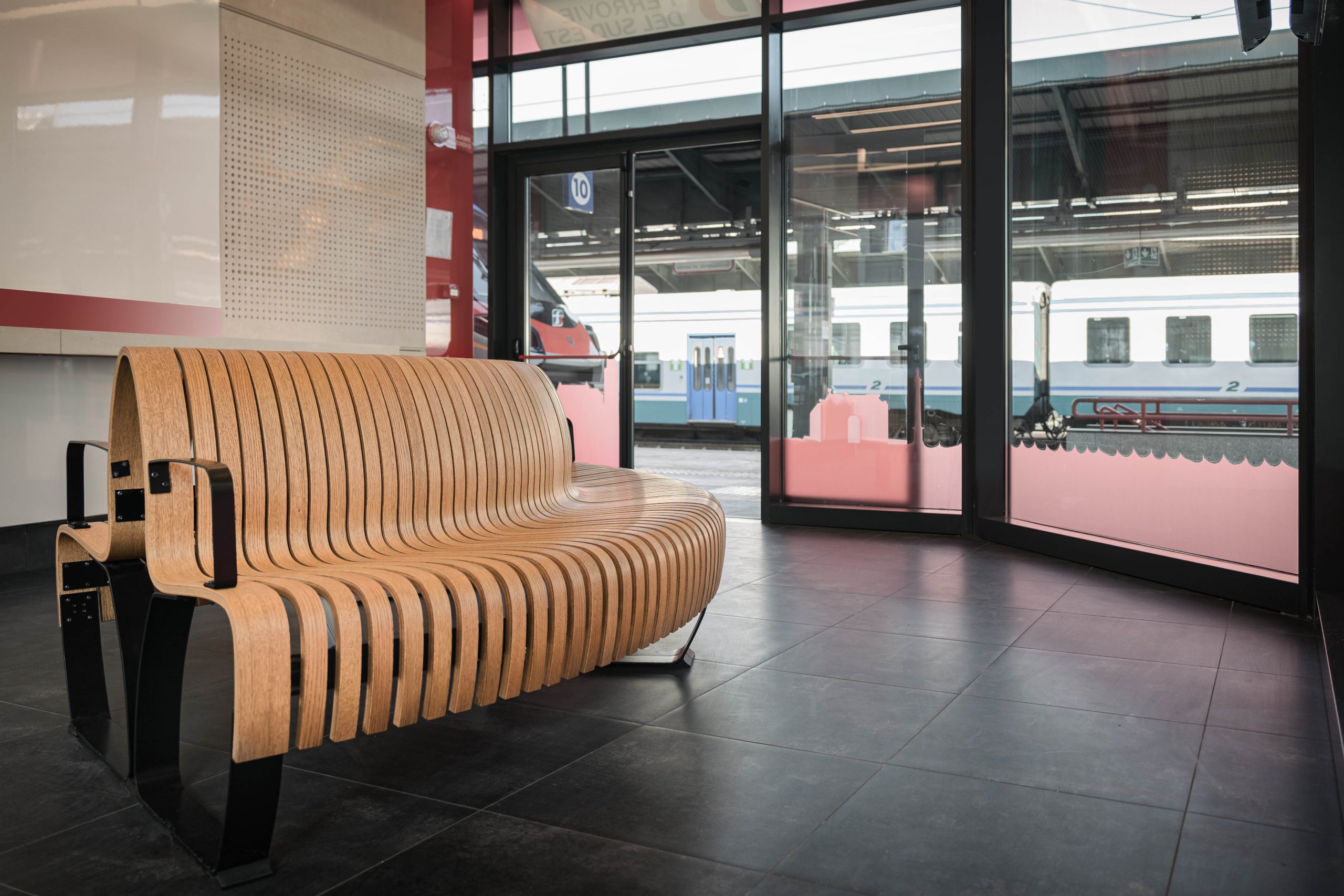 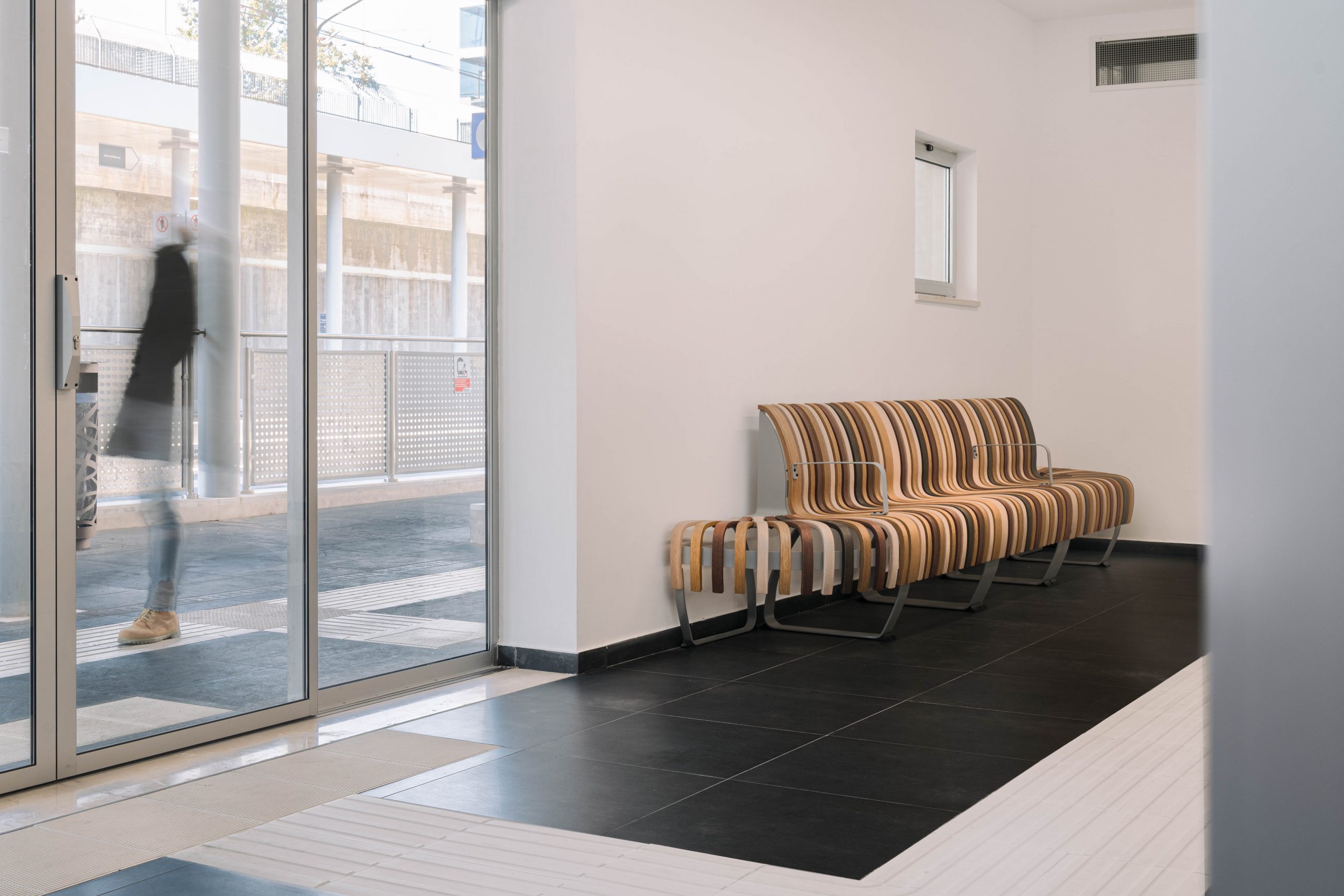 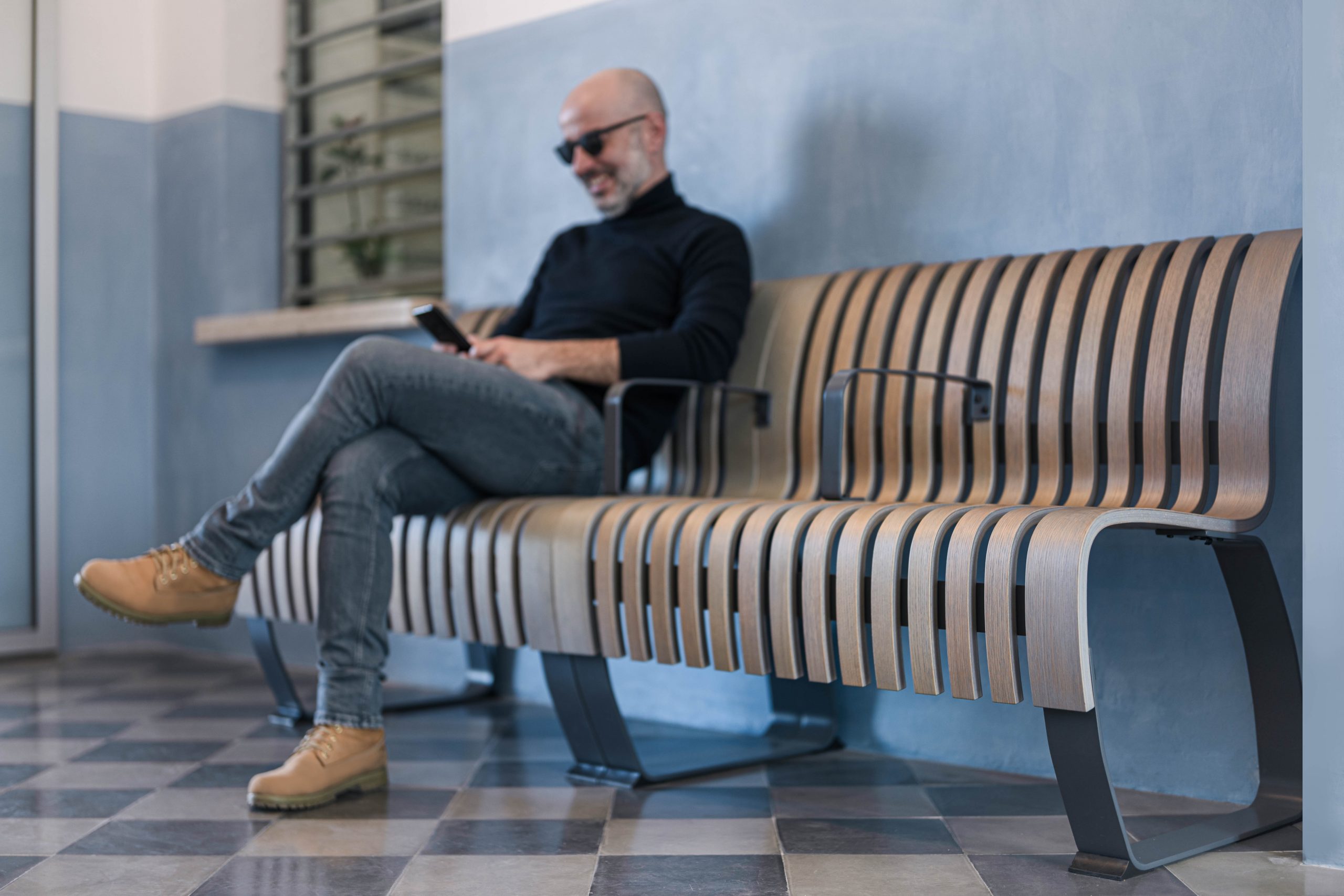 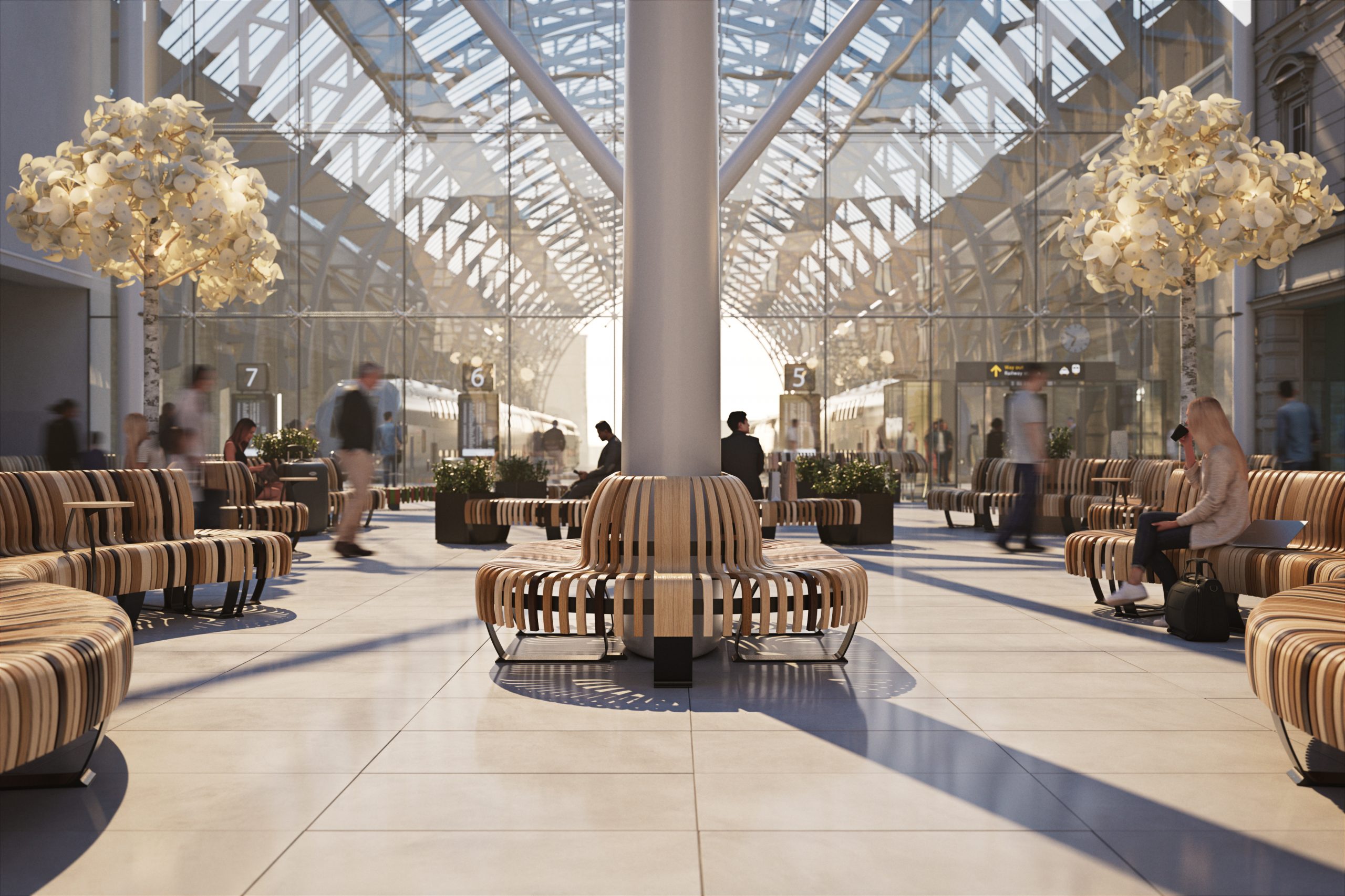 We design for travelers and commuters, families and individuals, making comfortable environments a part of every journey. Green’s placemaking approach uplifts waiting areas, brings new life to shops and cafes, and creates areas that offer a sense of calm. 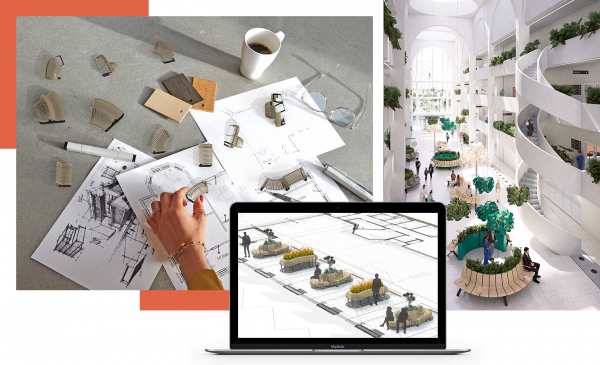 Let us design your next transport hub project

Our in-house designers will help you with a free 3D floor-plan rendering.

Get a free 3D rendering here

“One of the great challenges of our time is to bring the beneficial experience of nature into the design of... 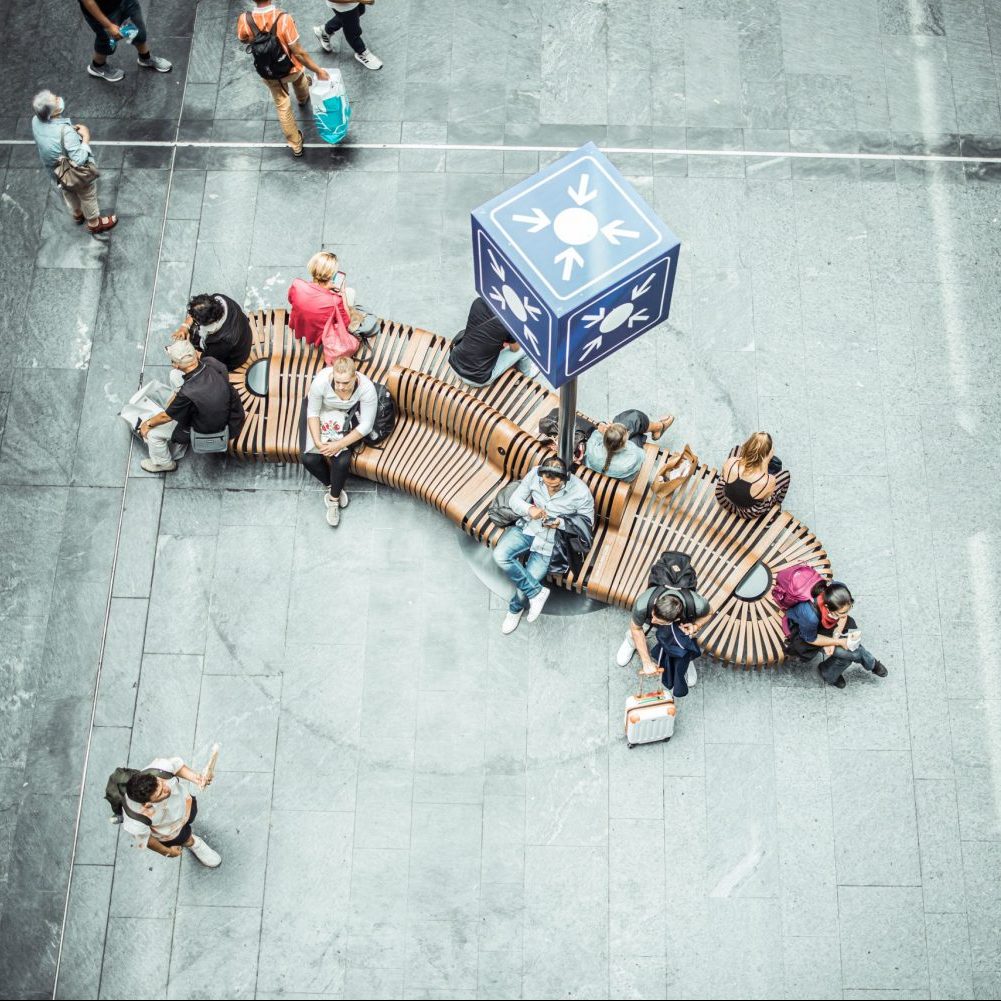 The best of today’s modern railways give passengers a glimpse of the ultra-hi-speed, energy-efficient train...

Passenger satisfaction is paramount in the fast-paced world of air travel. Designer Johan Berhin explains how...

The qualities offered by modularity in public furniture are increasingly in demand, especially with today’s...